I truly believe there is strength in numbers. So don’t go it alone. I have seen proof of this and watched the benefit of brotherhood change the world for those whose life was tragic and sad.
“A fellowship of men and women who share their experience, strength and hope with each other that they may solve their common problem, and help others to recover . . .”
This is only an excerpt of a slightly longer preamble to define a primary purpose.

Last night, I spent a lengthy amount on the phone with someone. He is a young man trying to find his way—trying to figure out what steps to take, where to go, and if at all possible; is there really a solution?

The loneliest moment I ever had was a moment in the basement of a bar on the corner of Front Street and Merrick Avenue.  I learned about this basement one night with a buddy of mine. We used this as a place to set up a little hide out and get out of the rain. Only, this night I was alone. I was by myself and cold. The winter was far from kind and nearly over but the cold refused to give way. I had no idea that I was only months away from a big catastrophic change that would alter the way I lived and inevitably save my life.

The basement was dark and cold and the floor was covered with layers of dust. I found myself situated in a corner, using small candles for light, and barricading myself behind a few boxes to act as coverage in case someone came down from upstairs.
Around this time, my habit was on the rise. I weighed less than 100lbs; my skin was pasty and pale, and my eyes were sunken with dark rings beneath them. I had recently learned about a new ingredient to help me manage the cocaine bugs which crawled through my system.
Usually, it was hard for me to pick up on my own. I had no ride and no car to get me where I needed to go. I was not only small in size but small in heart. I was physically weak, which made me a target for the vultures in junkie life. Nevertheless, I was often cheated or, “Beat,” as they say, and there was nothing I could have done about it.
To exist in this lifestyle and maintain myself, I had to accommodate for loss, which meant I had to find more ways to get what I needed.
Occasionally, however, I would find a quick connection and manage myself a decent score. This score in particular came in a tiny envelope from the Bronx with the word, “King” printed on the front. Its contents were small but the promise was huge. I was to take a sniff of this package and within minutes, I felt the heroin flush through my body to calm the weaving of the cocaine bugs and hush the ongoing voices which rambled in my head.

My plan was simple and equally deadly. After my score, I was to find my way down into the dark basement of the local bar, situate myself, and prepare for my journey. After the frenzy began, I finished cooking the last spoonful of freebase above the flickering candle. And while alone, I could hear the sound of mice squeaking in the basement and occasionally I saw the shadow of their long thin bodies with long tails scurrying across the wall. Above me were the sounds of footsteps on floorboards. There was music, and clinking glasses. Above me, I heard the sounds of a celebration in neighborhood bar while I sat below, sickly and hiding.

Once the last spoonful was loaded into my pipe and smoked and the fleeting high degraded into a terrible angst; I reached in to the inside pocket of my black leather coat. I took out one of my two bags marked, “King,” and prepared myself to reverse the polarity.

It wasn’t easy at first. The cocaine sessions always end with a terrible need. I had to wait a few seconds before the storm in my head slowed down and dissipated to a beautiful crawl. My heartbeat raced and then suddenly calmed. All the aggression of my previous cocaine high began to alleviate, and once underway, I quickly forgot about the tension in my neck 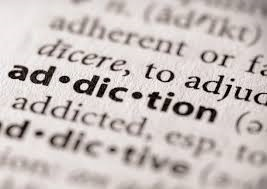 .
I succumbed to the warm rush; the dampness and cold chill had no effect on me anymore. The paranoid whispers were quiet and suddenly, I was overwhelmed by the sensation; as if my gravity reversed itself and the heaviness of my damp surrounding became soft and gentle. I forgot about the dark grimy hole I was in; and flushed from earth, I forgot about the sounds above. I forgot about my loneliness and the paranoid isolation.

I was quickly removed from my surroundings by a terrific nod and like a cocoon; I was wrapped-up, —cozy and warm. And though my place had not changed; my surroundings were the same but I was unaffected and less concerned. I was free for the moment and fell inward into thought.

I was alone
I was terribly alone with no true friends to speak of. But in truth, no one has friends in this kind of life—we only have the people we set up with to get high. And they also have to worry about those around them, so thus, the honesty in this life is this: there is no honesty. There’s always an angle and there’s always someone looking to get over.

Yes, I was alone, but at least I was medicated—I was euthanized and high; falling softly through atmosphere like angels falling downwards from Heaven, losing their grace, and exposed to the delicate boundary between life and consciousness.

I thought about myself on the inward spiral of my nods. It was here that I contemplated my place on Earth. This is when I figured the depths and differences between Heaven and Hell. It was here that I swore I understood the difference between God and man, the devil and the choice between the two.
In order to succeed and progress to the next life; one would have to give themselves entirely. One would have to be pure and truly goodhearted. Deep down, I wanted to be goodhearted. Deep down, I wanted to be pure but I was somehow tainted.
I was as tainted by an evil smile—the kind that shows with a flashy glimmer and tempts you to stray from the better path.
And I had bought into this plan. I took the bait and turning around to see what I became, it seemed I had traveled too far. I had fallen too deeply and left to my own will—or as they say, “Left to my own devices,” there would be no way to find my way out.

But while high, I never felt the pain. It was just another run, and it was one after the next to keep going and chasing a sensational balance, which I used to defend myself against an unbalanced time.
Sitting by myself—glitter-eyed and high, I was lost to the nod. I was lost to the unalterable belief that in my case, there was no such thing as redemption. There were only the tiny remnants of my last and final bag. There was only this; the high, the fall, and the struggle to keep myself afloat.
I never thought it would go this far. I never thought it could be this way—then again, no one does. No one expects it.

Last night, I spoke on the phone with a new friend of mine. He’s a young man trying to find his way.