I needed to find someplace far away but yet, I couldn’t go too far away, because of course I would have to go back and get more. I was driving on a parkway towards the place I called home at the time. I was young, wiry, and strung out from a series of wrong choices that began long before the actual actions of my mistakes.
In my rearview, I could see the city lights flashing against the underbelly of the late night sky. The previous hours of course, were long and gruesome; only, I was too lost in my own psychosis to notice how long I had been on the dangle. I was like a shark with blood in the water. I was blind, voracious, and hungry, coming into the terrible downside of my cocaine high. Eventually, it was morning. It was just about sunrise and the sun was on its way toward the center stage. The sky was clear but the air was cold because spring has only begun and winter had yet to release its grip.

Old friends getting together, it is a good thing to do. Of course there was a time before the grownup life took over. There were times before the mortgage problems and bills that just keep coming in. Believe it or not (and I know this is hard for a new generation to grasp) there was a time before the internet and the flood of useless information. I know there was. I know there was because I remember it well. And old friends getting together, it’s enough to END_OF_DOCUMENT_TOKEN_TO_BE_REPLACED

I always saw love as strange and unexplainable. And it is strange and unexplainable. I never quite understood why people act or react the way they do when love is involved —especially when love defies all logic because it was always interesting to me the way love (in some cases) can dissolve all the faults in the world and make you forget even the deepest of things.
And love, I always wondered if true love was only limited to a selected few. I wondered what the key ingredients were, and of course, I END_OF_DOCUMENT_TOKEN_TO_BE_REPLACED

It was the end of March in 1991. I was driving around in a minivan filled with stolen equipment, stolen rifles, a shotgun, car radios, some home entertainment pieces that are outdated now, and a nickel plated .357 underneath the driver’s seat. The end result of this is not surprising. Then again, I wasn’t thinking about the end result.
The night began with me climbing in through the back window of an outdated house with old furniture and END_OF_DOCUMENT_TOKEN_TO_BE_REPLACED

It was a few days after my arrest when the reality set in. I was in my childhood bedroom with the doors closed. I knew something was going to happen. It was obvious that my arrest would come with consequences and it was clear to me that rehabilitation was the only option that would keep me from jail.
Besides, jail would have destroyed me. I was too thin, too weak, and if END_OF_DOCUMENT_TOKEN_TO_BE_REPLACED

I was telling you about the way I felt.
Remember?
I swear it was like walking in quicksand. Whatever I tried to do and whichever way I tried to feel better, things always seemed to be worse. I mean, I wanted to be better. I wanted life to be easier. But it seemed like i could never catch a break.
I told you about this before.
Remember?

If life was a cycle and what goes around truly comes around, I swore that my position here was meant to be here the underbelly. And if this were true, since I was in the underbelly of life’s cycle, that meant this was as best as it would ever be. In my eyes, I was cursed, and since this was my position and since what goes around comes around; anything END_OF_DOCUMENT_TOKEN_TO_BE_REPLACED

My town is slightly covered for the beginning of this winter snowstorm. The tree branches in front of my house are like arms draped with white blankets of snow. And the Cobus, Horse Stable, the Catamount, and Panther Mountains behind my home, which are a short distance behind Haverstraw Road are covered as well. It’s pretty now. It’s quiet and while armed with a cup of coffee, I figured now would be a good time to sit with you and write a few thoughts.
I know that we never expect life to ever unfold the way it does. No one ever expects things to end badly or messily —and if deep down, we knew things would in poorly; I wonder if END_OF_DOCUMENT_TOKEN_TO_BE_REPLACED

In time, the autumn leaf will crumble to earth and create a new tomorrow, which may take centuries, and all that surrounds us will change into different versions of life.
In time, the landscapes will change 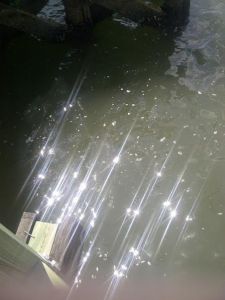 (and so will you)
In some ways, we are like an old piece of driftwood that floated across the ocean and washed upon shore.