I ever tell you about what happened
after the package from 134th St?
The wind blew and my body folded.
It was like a dream
It was like nothing I had ever felt before
or expected to . . .
Tension turns into warmth;
the spine gives way without weight to establish gravity
and the soul reverses into atmosphere.
White powder slowly transforms inside the bloodstream
The flesh warms from the inside out
and the body gives way to an unbelievable sense of relief

I remember watching the zombie-like junkies on Archer Avenue
It was the summer of 89’
I’d see them dangle and watch them sink to the ground
heading down in slow motion
. . .but they never fell.
No, they would always pop back up at the last minute
or they would speak, and sink in mid-sentence
only to wake up and come back,
picking up exactly where they left off

Lost, like in a trance, they looked far off
as if they were there in front of me
but they were truly someplace else.
(I suppose this is what caught my attention)
Their eyelids drawn halfway closed,
mouth slightly opened,
body hanging from invisible puppet strings
controlled by the heroin gods. . .

They call it, “A nod.”
And I wondered what it was like . . .
So I found out
A nod is moment blurred as life takes on the fascination,
which I compared to a record being played
at less than half its speed.

Life disconnects from life;
man suspends in his own tragic dreams
which become so distant and soft.
Nothing grows or dies.
Eyes glittered from the delicate relief
No one comes or leaves and the mind gives way
to the pulse of explosions which overrun thought
with an overwhelming surge of euphoria

And while the outside appears haunting to those who watch,
and while you watch the junkie swerve down,
folding into a slow motion spiral,
the junkie inside is beautifully sedated
Untouched and unaffected—separated and emancipated from you,
life, struggle, doubt, and all of the everyday concerns
which you so-called civilians seem to trouble yourself with.

Mind passes into an open wasteland
and the infected disconnects,
drifting off, wandering through mental fields
like the kind of fields we dream of
when dreaming of clouds of vast heavenly sight.

Here begins the drift outward in a flood of weightless light,
hypnotized and comfortable, all is perfectly lost
all is momentarily suspended through a porthole
that begins from the powder that works its way through
and eventually pulls of its trick

Grief subsides to ease and time sort of pauses,
turning days into seconds and then suddenly . . .

Man, these dreams are so real

It’s been 25 years, 9 months, and 27 days
I still remember like it happened yesterday 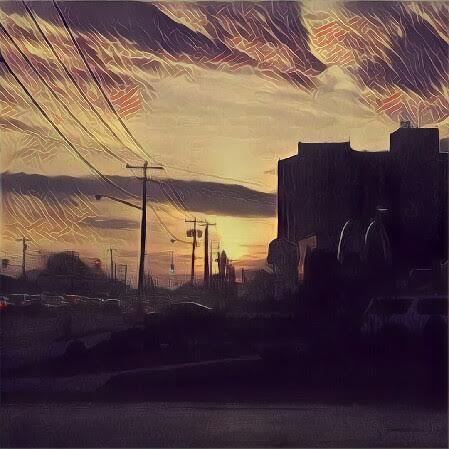