The phone rang at approximately 5:13am when her eyes opened and noticed the time on her alarm clock. First light had yet to show itself and the bedroom was dimly lit by a small soft white light that came from the hallway bathroom. Understanding the phone call was real and not a dream, she reached to stop the ringing sound and pulled the phone to hear and answered in a raspy, sleepy voice.

“Of course, I’m sleeping,” she responded in a slightly angry, but yet, not too bothered way. The voice was familiar, intimate and soft, but she wasn’t quite sure who it was.

At this point, scattered questions raced through her head. She wasn’t sure who he was and didn’t want to seem proud or presumptuous. She allowed him to continue speaking with hopes that he would say something or refer to something, which she could use as a landmark to place the face with a man or a place in time.

She tried to place the voice with a face to someone she hadn’t seen since the days of young adulthood. All while breathing her sleepiness in the phone; he listened on the other end.
“Are you still there,” he asked.
“Yeah, I’m still here,” she answered.
He began to describe a night when she walked into a room. Her hair was long, flowing like an erotic dream of a young man’s version of his first hopeful encounter. Her eyes were these amazing portholes of deep brown color with waves and striations, which looked like grooves that wove in her eyes around her pupils, —or to him, her eyes were more like brown prisms, and to him, hers were the eyes he could stare at every day, for the rest of his life.
She smelled soft and fresh, —she walked through the room, trailing with an aroma of beauty. Whereas some women overdose themselves with product to smell attractive, she on the other hand, walked through the room in her natural way, turning heads, and waking with a smile of a girl who’d seem free enough to dance in the rain.

She didn’t say much as he speaks. She listens, mostly. Wondering who this could be on the other end; she smiled because at least whoever it was, his words are warm to her and complimentary. His voice was deep and soothing. To her, his voice was the kind that sent a shimmer through her skin with an intimate vibration.

“I remember one night above all,” he said
“I wanted to kiss you,” he told her.
“But you were with HIM,” and he emphasized the word “HIM” with the resentment of a lover’s loss to someone else. He said the word, “HIM,” as if the mere mention of a name would be like jagged knife plunged into the heart of his memory.

“I never liked him,” he explained sounding jealous and mad.
“I wished you never liked him either,” he mentioned with a sense of rage in his voice. And again, he referred to himself as being the other man instead of the one acting as the leading role in her life. She began to wonder who this was and which “HIM” was he referring to. And since love and lost love is a strange tragedy that unfolds and breaks without warning, she was still unclear who the caller was. .

“Wait,” she interjected. “Which night was this,” she asked to gain a better picture.
“You know exactly which night this was,” he answered and immediately followed with an astounding compliment to sidetrack her mind.

“I remember when you walked in and God, I thought to myself, she looks amazing!”
He began to describe the way she looked to him. He described her lovingly, adoring every curve, and described her in a way to exemplify each and every aspect, which to him, was the exact reason for his infatuation. He explained his admiration for her by saying, “Sometimes, it’s enough to see a girl like you and feel happy to know the world is a better place because you’re in it.”

She was intrigued by the call and his compliments. Sleeping only in a long shirt, with nothing below, the blankets were curled around her legs and her face nestled into the pillow while she lay on her side to hear the warmth of her caller’s voice.

“Are you wearing anything,” he asked.
“Just a long shirt,” she answered.
He questioned, “With nothing underneath?”
“Of course not,” she purred to allow him a glimpse of satisfaction.
“God, I’ve missed you!”

The call was too deep in conversation for her to ask who this was or to seem as if she didn’t know. He was detailing too much, and while all the details were kind and complimentary; the details were somewhat confusing in description. He was sexy to her, but mad and sexy; slightly bizarre and somewhat desperate sounding, as if sanity was only a thread short of insanity, and somehow, he would reach through the phone and take her at will.
The time and the placement of his recollections were strange to her. But still, his voice was so familiar. There was something about him. And when he asked about what she wore, it seemed he knew she only slept in a shirt. He knew there was nothing beneath her shirt, so it would stand to reason in her eyes that he had intimate knowledge of her, and yet still, she could only assume he was somewhat of a lover’s past.  Or maybe he was someone she rejected.
Perhaps he was someone that was passed over for someone else, which was a feeling she could understand. Everyone has that love interest which they compete for at least once in their life and everyone (At least once in their life) loses out tom someone else and henceforth; they regard that love as “The one that got away.”

He began to describe his thoughts of her by explaining, “It’s cold outside. I wish I was there next to you to keep you warm!”
She did not invite nor dismiss him; she simply moaned with a sexy little, short second hum. Her voice to him was tired and sexy. She sounded cuddled in bed, waiting and wanting, beautiful and next to naked. She sounded so enticing, —teasing him by leading in, but never quite taking the bait.

“I like the sound of your breath,” he told her.
“I can tell you’re lying on your side.”
“And what are you doing,” she asked him
“I’m thinking about you and your bedroom,” he told her.
“God, I wish I was there with you right now. I would love to slide inside beneath the covers.”

When she hears the word love; she began to wonder of the inestimable versions of love, in which she always dreamt of and hoped for. To her, love was this enormous sensation; a girl’s best dream like something from a love story or an old black and white movie with Fred Astaire and Ginger Rogers while dancing there together, cheek to cheek.
She enjoyed the word love. To her love was the end all of what she wanted, —to feel entwined and made for someone, to feel fulfilled by someone. And when touched by hand, even the slightest ripple in fingerprint would be enough to send a vibrating pulse through her body.
By mentioning the word love, her mind drifted into wonderful imagination, considering all, considering the unseen obvious picture that only gains clarity when love comes into focus.

There was something so warm and wholesome about his voice. His words were said to trigger the warmth machine. He spoke in a way to entice her and tease her from beneath her nightshirt, so that when she decided to finally remove the one article of clothing that kept her from being bare beneath all; he would be able to have her uninterrupted attention.
He described what his version of a kiss should mean. And to him, his kiss was only the entryway to what he would do next. To him, his kiss was the way to her heart. This was his way to conquer and accomplish all, —to satisfy her, to gratify every inch of her body with the showering attention to amaze her senses so that she would never let him go.

He discussed at great length the details of an important kiss. He explained how the best kiss is the right kiss, which turns the key and opens the door to more. And he emphasized more to entice her. In order to have more, he would have to give more. To have more, he would need to create more —he would need to have her completely and totally submit.

She knew he wanted her. She knew that once she allowed her hand to roam below her waist; she knew she could have him and that she could have his intention match the dream she had always wanted.
As her hand went below, she allowed herself to feel the warm wet feel of her body. It was clear that she had him and to her, it was clear that he was able to start body’s machine. He knew how to reach her by describing the way he would lick, taste, and kiss her entirely. She knew that she wanted him. And whoever he might be and however he presented himself, it was perfect enough to make her wet and keep her waiting him.

“I love the way your breath quivers when I turn you on,” he said.
Although faceless and nameless, he made his way and successfully achieved his goal.

She lay on her back with legs spread, eyes closed, and the phone at the side of her face. She was enamored by him, smitten, and taken away by the sound of his warm voice. The world around her was shut off. Nothing outside mattered at this point.

“I’m so close,” she said.
“I’m so close.”
There was no sound, no sign of life, and no anything except for her plea of, “Please keep talking to me.”

“Tell me what you’re going to do to me,” she pleaded. But opening her eyes, she saw him standing over her, a stranger, —a complete and total stranger in a black hooded mask, standing over her with a phone against his ear and a pillow in his hand.
“Scream for me,” he growled and forced the pillow down over her face. She tried to squirm and break free, but his might was too strong for her. She could not move and she could not break free. Her heart nearly exploded with fear. Panic set in—she knew she couldn’t breathe. She knew she would die.

While screaming about the word, “Revenge!” she tried, kicking and screaming, trying as hard as she could to break free. But kicking and screaming, her motion slowed down to the stillness of death.
When she stopped moving; he removed the pillow from her face. Her eyes were opened and fixed upwards towards the ceiling. She lay as still as ever, beautiful and motionless, with her shirt lifted upwards above her breasts. Her body was exposed and inner thighs were soaked from excitement.

Staring down, he sneered through his teeth, nearly growling in a barbaric sense of arousal. He had seen her. He had conquered her. And he had killed her.

Suddenly, a loud gasp escaped her mouth. She jumped up sitting straight and said, “Dammit! I can’t hold my breath that long.”

Then she asked, “Next time we role play, can you come find me in the bath?”
“I like it better when I’m in the bathtub and you pretend to drown me.” 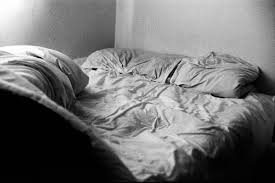 As wild as it gets, sometimes, It’s a necessary thing