I know where it all started but I never understood why or how things change so quick and drastically. We all started out as kids in a play pen. We were all friends once. There was no judgement. There was no separation or divisions of cool. We were just kids, nothing more, nothing less, and then one day we learned about status. We learned about popularity and somehow, somewhere, we split and we all found ourselves divided by the various social ranks and favoritism.

Somewhere at a young age, things changed in the world of friendships. Perhaps it was the age when we weren’t forced to play together anymore. Or maybe it was after we allowed to go elsewhere, or after the times when we had to remain in the same classroom together.

Somewhere around the age of exploration, say like, somewhere around the time when insecurity grew during the birth of puberty and during the inherent need for social acceptance; somewhere around this time, we were split up into different groups. We were separated into divisions that defined us by looks, weight and size, wealth, physical appeal, athletic ability, and above all, the ability to be cool and remain noticed in a crowd.

I was never sure why this happened. I was never sure who created the standards on what was cool and what wasn’t. Somehow, somewhere, little kids go through this tremendous change in almost a blink of an eye. Yesterday’s best friend becomes today’s enemy. The fashions change. The styles change, the body changes, and then suddenly, life is dictated by a crowd and popular demand.

Government and politics are not limited to adult life. No, this is not true at all. Kids have their own branches of government as well, —and same as the rich or the powerful dictate the structure of our government’s economy; in the case of teenage life and social politics, the popular crowd dictates the flow of a social status.
And I never knew why this happened or how. It’s not like anyone voted for this. No one ever asks to be left out. No one ever wants to be the outcast and no one ever asks to be seen as unwanted, unacceptable, or simply unfit to be involved.

And it grows from here. Our early years are the breeding grounds for our future endeavors. And we become someone we’re not just to survive. We become someone to overcome the damage and the fears that come from the gossip mills and rumor factories.
And the bullies and the cool kids, the popular, and the good looking, they all get by on a strange version of trickle-down economics. And those of us who feel unwanted, those of us who feel refused, cast aside, or excluded for whichever reason; and for those of us who just wanted to be friends, for those who wanted to be included and liked, or simply invited, and for those who only wanted a spot at the cool kids table just once, deny it as we might, but the truth is even the most excluded has a dream of being included.

To feel included, children will forgive unacceptable treatment. They will forgo their rights, endure emotional and physical pain, and they will keep with the wrong friends because having the wrong friends seems better than having no friends at all.

In order to win a fight like this, our children need to understand their value. In this case, empowerment is the only weapon. We must arm our children with weapons of self-defense. And no, this is not meant to express a physical response; however, I do admit to the string belief that no one ever has the right to physically beat anyone and everyone has the unalienable right to defend themselves.

I am writing this with hopes that I will not ever receive news like this—that a 13 year-old girl committed suicide.

This needs to be addressed and education is the only wya. First, we must teach our children about who they are. They need to understand their value. Else, they might succumb to the lies and believe the taunts they hear.

We need to teach our children what beauty means and in the same sense; we need to express what it means to be ugly (and I mean really ugly)
We need our children to understand that no matter how beautiful someone appears on the outside, if their inside is ugly then that person can only be average at best.

I am writing this in defense of a little girl whose life ended because she never knew her own accurate value. She identified young and this was difficult. She was open about who she was. And this was tough because her preference did not match the socially acceptable kind. So they picked on her. They picked on her until she began to believe the hazing and now she is gone.

I listened to a parent this morning explain how, “Kids just need to toughen up these says.”
“Bullying is part of life,” they said.

Another thing we must be mindful of is our ability to talk openly with our children.

Communication is key. Ask questions and listen to their answers. Try not to think as an adult. Think as a kid who just wants to play and be involved. Do not minimize or simplify their feelings; acknowledge them and help them to work through it. This is the way to empower a child.

I hereby challenge you

If we cannot do anything about the bullying then let’s at least start by teaching our children how to defend themselves with an understanding of who they are.

And this is to you (specifically)

If your child cannot find someone to play with, or if you ever feel helpless again, and if the bullies ever come back to pick on your kid, give me a call.

I promise to laugh, shout, scream, and play for as long as my life will let me. And a guarantee you one thing: No one will be able to stop us. Not on my watch 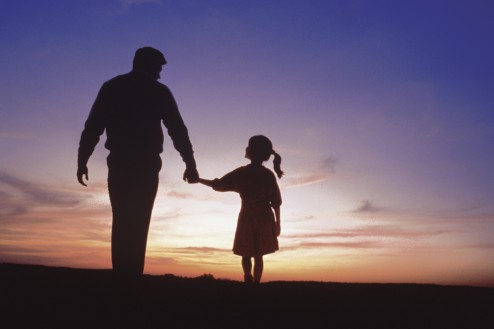 3 thoughts on “A Rant: Bullies, Boys, Girls, and Crowds”