Safe to say, I’ve seen more than most along this trip. I met different types of people from different places, different towns, and different states. I began this journey just about a year ago now and more has happened to me than I could ever imagine.
This all began because someone told me, “If you’re gonna to do something about it, either you put up or shut up,” and so it began.
I was challenged to do something. I was challenged to do more than write about my thoughts and challenged to fight back. I had no idea what this would lead to. I had no idea the changes I would see in myself, both personally and professionally. I was unaware of so much, yet, I thought I knew. I thought I knew about addiction and mental illness. And perhaps I did know but I’ve learned what I didn’t know. I’ve learned so much in such a short time.

I was on my first sober companionship job and sitting in a room at a place in Pasadena. I was clear across the country from my home and from the streets I knew. I spoke differently from the natives and my New York accent left me to stand out. The energy on the west coast is different to me. People are different and the scenery is certainly not the same as I’m used to.

A man came to me after I shared something a meeting. His blue eyes were wide opened as if voltage pushed through his veins. He was mad hair, blonde and crazy, messed on his head in every direction; he had white cakes at the corners of his mouth and the way he spoke was nervously timid as if he was unsure of this was real life or some speed-filled nightmare he woke to after walking barefoot for three days on Hollywood Boulevard. His side of homelessness was intense. He was pale and thin and had the drug not taken hold of his spirit, this young man would have been quite beautiful. He had great facial structure. He had the kind of eyes that bled emotion and could brighten the room but his beauty was traded for packages and in return, this young man lost his soul

He wasn’t asking me for money. He never asked me for anything, except for a minute of my time, some warmth, and little compassion. He said to me, “I can’t do this anymore.” He said, “I almost died this time.”
“And I think I wanted to die this time but it didn’t happen.”

I remember thinking about a few of my old friends while speaking with this young man. I remember looking at him and listening to his story. His part in addiction was no different from people, like say, my friend Tommy who is no longer with us. It is only geography that makes them different; else, everything is the same.

I realized something I’ve known all along. Only now, it was different. I realized that no, there really is no difference. And that yes, there is no common face when it comes to addiction. There is only a common problem.

I’m not sure which came first. I’m not sure if it was my trip out to California that pushed me to choose to learn more and become effective or if it was after my first trip that solidified my next goal. It was here though. I know it was here.
It was here that I decided to reach out to others and find out how I could be involved. It was here that I began interviewing for different recovery positions. I looked into coaching and specialist classes. I chose to educate myself on different coaching techniques and decided that if this is what I want to do, then I want to be the best at what I do.

I wanted to learn from the best so I surrounded myself with people who I considered to be the very best. As luck should have it, I found myself amongst the best I have ever seen.

I sat in a class with recovery specialists. All of them were perfectly flawed and perfectly beautiful. Each of them had their own story and all of them were intense in their own way. We all had a mutual understanding of painful history. We all had wreckage from the past and we all knew what it meant to clean up. And whether or not we were similar in background or style  was irrelevant because we were all similar in one common goal. We came together as a group to help fight back against addiction. Unfortunately, some in that group have chosen different paths. Some chose to leave the program and some chose to sever ties; however, this doesn’t matter because to me, I will always look back at the time I went in for my first training seminar and thought to myself, “This is who I want to be.”

In less than one year, I found myself in different unimaginable positions. I found myself in places I never thought I would be and doing things I never thought possible. I found myself fighting back against a social epidemic with people who I once viewed as my enemy.
I was shoulder to shoulder with policemen and policewomen. I worked with detectives and learned more about them and their lives. I learned about my own ignorance and I learned that yes, addiction does not care which side of the line you are on. In the same text, I learned how alcoholism does not have a common face or background. Neither addiction nor alcoholism care about social status, wealth, sexual preference, or skin color. I learned that religion means nothing in this regard because essentially, it’s a godless problem in what seems like a godless world.

I can say without any doubt in my mind that I have met some of the warmest, selfless, and beautiful people in this world. I’ve learned from them and as a result of their coaching, I have been able to sit bedside with patients after an overdose and in preparation, I learned how to get people into treatment.

I met a man through a phone call. He was wealthy and looking for a coach to help him stay away from drinking. It was here that I learned not ever coach fits every client. I listened to him tell me how I didn’t know much. With me being the coach and him looking to be coached, he did nothing else but argue and complain through an entire phone conversation. He told me, “You don’t know me.”

“I agree,” I answered. “That’s why I’m calling you.”
“You don’t know what it’s like to live my life,” He told me.
“No, I don’t.”
The man was older. I was told he was a wealthy business man. I was told he was powerful and that his listening skills were poor. In fact, when we spoke, I said very little during our conversation, which is rare for me because I am not a quiet man by any means.

I’m not sure where it started. I’m not sure what I said, which was a challenge to this man’s ego. I simply asked questions to his statements about his wife and family claiming a problem with his drinking.

“Why do they think you have a problem with drinking,” I asked.

Next, this man blew up with a sense of entitlement. He raged on about who he is and his position in life. He mentioned the difference in who I am professionally in comparison to him and his lifestyle..

The man went on a tirade. “Oh, this ought to be good. I can’t wait to hear this. So go ahead, smart guy, tell me who I am if you know so much. Who do you think I am?”

I responded calmly.
“I think you’re the guy that can’t stop drinking. I’m the guy that can. How do you want to go forward?”
The phone call ended shortly after and yes, I lost my first paying client.

Honestly, this is a dream of mine. It always has been. I’ve always wanted to help the same way I was helped all those years ago. I’m always working though, —and I know the hours are long but I truly see value in what I do.
Many of the hours I put in are thankless. A lot of times, I try to reach out, but not everyone is ready to straighten up. Plus, not everyone can without emotional or professional support and not everyone can clean up without medical assistance.

My view of the world has changed. The way I interact with the world has changed as well. I have entered the fight against homelessness. I’m trying to find people housing and shelter. More importantly, I’m trying to show the world there is another side to this story.
I am fighting back to help stop the revolving doors in jails, trying to help people find jobs, help them learn a vocational skill, help them heal their heart, and with all I can, I try to fight back by showing there are people in this world who care. And I know this may seem like a rarity. But I know people care because I surround myself with caring people on a daily basis.

I speak in schools, which has always been a dream of mine. I’ve spoken on panels with law enforcement, in front of governors and prosecutors, and I’ve come across new friends who’ve helped and allowed me to evolve in their field. I’ve spoken with professionals and I’ve held my ground. I’ve done all I can and I have so much more to do. And I love what I do. And someday I will see my goals come to fruition.

I was told about one year ago today to put up or shut up. And that’s exactly what I’ve decided to do.

Now, wouldn’t that be something?

Anyways, Mom
I just wanted you to know what I’ve been up to. I sure wish you were here to see this. I think you and Pop would be proud. 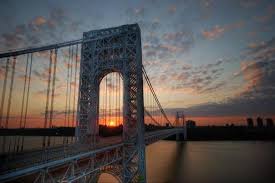