I was around 19 years-old when I saw a violent death for the first time. It was wintertime and Old Country Road was busy with a heavy flow of  late rush hour traffic that congested along the strip at the entrance near Fortunoff’s and Roosevelt Field Mall. The cold weather was tightening its grip.
Homes were undergoing the temporary renovation of Christmas decorations, lights, trees, wreaths on the doors, and the oversized dangled red Christmas socks with a top fluffy white fringe hung on the banisters of upward staircases in bay windows above lit bushes across the front of different homes.  Radio stations were in the early floods of songs like Jingle Bell Rock, and Rudolph the Red-Nose Reindeer

A young woman who was newly employed at a McDonald’s had just received her first paycheck. Proudly, the young Mexican girl ran quickly across the busy street with excitement in her heart. Her McDonald’s uniform was fitted and new beneath her black sweatshirt. She ran from the front glass doors at her place of employment and down to the sidewalk. The gold and red arched sign lit brightly in front of the store. The tall streetlamps in the parking lot glared brightly upon the black, asphalt and brightened the white lines of individual parking spaces.

Too excited to check carefully, the young girl ran across the street with a small brown purse swung over her shoulder. As she fled from one side of the street, she attempted to make her way to the other side so she could hand deliver her first paycheck to her husband that worked behind the counter in the Nathan’s restaurant.

Speeding down was a car with a driver that could not stop. The driver could not switch lanes or avoid the young girl. The driver was a feminine man with short, ginger-red hair. He was very tall and extremely thin. The man dressed in small clothes that appeared tight to his frame. His red jacket was a boyish baseball jacket with a white baseball and red stitching woven on the front, left chest of the gold-zippered jacket. His  blue jeans were tight on his pole-shaped legs with white Converse sneakers to complete the outfit.

This man was the guilty one. He struck the short Mexican woman. She was longhaired with hair as black as night. Her skin was flawless and tan. Eyes shaped like almonds, her lips were soft like petals resembling a Native American princess.

The woman was struck and sent high over the first car. Behind the first car was a blue and white pickup truck with floodlights on the top of its cab. The tires on the jacked-up truck were large with thick, heavy treads. Third in line was a limousine. The limousine ran across the young woman’s body lain in the center of the brightly lit street.

There was a sound of thuds and screeches.
And then there was silence.

The tall feminine man panicked. He ran into the Nathan’s where myself and another friend sat, eating a meal, and waiting patiently for a tip on an illegal score.

Before everyone in the world had cell phones and the age of technology took on an entirely new face, there were these contraptions hung on walls in black, cast iron cases with silvery steal faces, a dial, or an updated push-button keypad with numbers, a phone receiver hung on a cradle and hooked to a silvery cord, which was connected to the face of the silvery front.
At the top right corner was a slot where coins sunk in beside a red label with symbols beside the coin slot that read for 5, 10, and 25 cent coins.
We used to call these contraptions payphones, which like the dinosaur, died off long ago and remain extinct with the remnants of their carcasses in museums that tell us about ancient times.

Unlike now, these phones were too large to be attached to the hip or placed in a small case and shoved in our front pocket. Although some women do carry large bags, these phones were too big to be stuffed in any purse. Back then, these contraptions are what we depended upon when needing a phone in an emergency.

While the outside hushed on Old Country Road with the sad, stagnant moment of sudden death, the tall thin man burst through the side glass door at Nathan’s. The tall man entered into a glass enclosure, which separated the inside from the outside cold. He quickly opened the inside door, bursting through the door of the glass enclosure with wide-opened eyes. He was crying frantically and pleading for help.

“Oh my God,” he cried in a high-pitched, womanly voice.
“Please someone help me.”
“She’s dead!” he shouted.

Pointing to the contraption we called a payphone, I sneered, “So go call 911,” while nodding in the phones direction with the uncaring tone of an angry, infected, and misguided youth.

Morbidly curious, my partner and I decided to get up from our booth. We left behind our empty food wrappers crumpled up on the green plastic tray. Ketchup smeared across the yellow paper lining the bottom of the tray with a few straggling  crinkle-cut French fries scattered on the yellow paper. Drinks half-finished with a clear plastic lid pushed in at the top. A white  straw with a red stripe down the sides poked up from the plastic lid with chewed tops. Used napkins bunched in a ball remained behind on the table beneath the bright dining room lights.  We stepped through the glass enclosure and out from the side door, down the sidewalk, and into the street.

There she was; eyes fixed open—face paused in the realization of her last fatal moment. Head back against the black pavement near the double yellow center lines that ran along Old Country Road. Blood spilled in a purplish, black halo growing in a slow moving wave, heading outward from the source underneath the top of her broken skull.

Her stomach was flattened from the final set of tires that crushed her sternum. The young woman was lying diagonally. Her feet were pointed at the McDonald’s where she worked. Her head was pointing like an arrow to the Nathan’s where she headed. One of the girl’s black shoes flew off upon impact, revealing her small foot that was covered by a girlishly clean white sock

This was death. There was nothing clearer than this. Her mouth was slightly opened giving light to the top row of her white teeth. Her face was not harmed at all. It was only frozen in the last final shock of life-ending terror.

It was so cold. And worse, or should I say coldest; I felt nothing. I thought nothing. I saw this young girl motionless—the last look of life slowly fading to a sunken look as the fluid behind her face leaked onto the street.

The next day, I woke earlier than usual. Morning lifted into the dark blue membrane of the sky. Its rosy hue blooming as the red-sun, sunrise took shape in the sky. I watched the horizon change from my bedroom window. I wondered what happened to my heart. I wondered about the nickel plated .357 magnum hidden in my drawer. I wondered if it were actually that easy to squeeze a the trigger and watch a bullet enter a man’s body through a small hole and exit through a much larger hole on the other side of his body.

I saw time as madness. I saw it as a swinging pendulum, moving back and forth like a sarcastic remark—taunting me, or daring me to pull the trigger and watch the world flush down through a blood-soaked drain. I wondered about the requisites of Heaven and the precepts of hell. I was tired. I felt like a page that was folded over too many times and my creases were about to split. I was raw and hateful.

Fetching my gun, I gripped the pistol in my hand. The white butt was tight in my grip as I pulled the hammer back on the emptied revolver. I pointed the pistol at the mirror on my wall. Staring into the eyes of my reflection, I pulled the trigger.
“And it’s just that easy,” I said to myself.

That tall thin man fled the scene after he called the police. I suppose the idea of jail and vehicular manslaughter was too frightening for him to consider. I sometimes think of that man. I wonder if he thinks of the woman he killed. I wonder if he fears the payback that waits for him. I wonder if he waits for the other shoe to drop (like me) and someday, he expects a knock on his front door by men in suits with badges in their hand.

Sometimes, I truly wonder how I survived myself 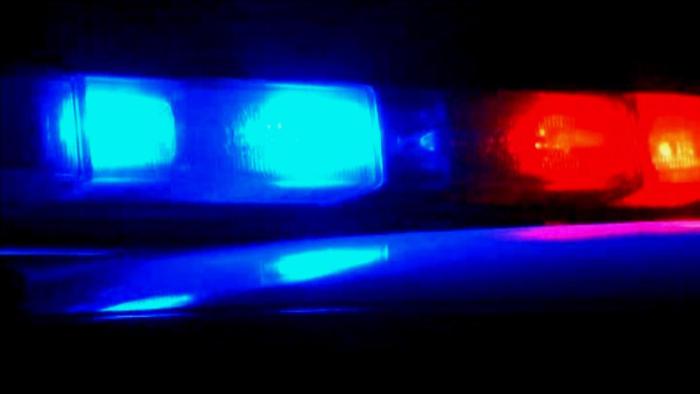