I heard these words before.
“A fellowship of men and women who share their experience, strength, and hope with each other, that they may solve their common problem and help others recover from . . .”
I heard these words before, but words like these were too far for me to grasp.
Walking through a series of double doors and into a small room, lined with chairs that were filled with others like me, I had no idea what to expect. This was not my first time in a room like this. I suppose it was just the first time I was able to pay attention. My mind had cleared enough that I could listen to what was being said. It was the first time I listened to words that were although familiar, and with definitions that I understood, the meaning behind these words were too unrealistic for me to absorb.

I sat in a room with people I had never met before. I knew nothing about them and they knew the same about me. However, I understood the expression on each of their faces. I knew the feeling behind their eyes and could tell what they went through, what they were like, and what had led them up to this point. We were all from different places and we all led different lifestyles; however, we all shared one common and destructive bond.

If I am being honest, then I must first be honest enough to admit that I never expected to stay in rooms like this one. I am honest enough to admit that I hated everyone in this room. I hated what they said and what they stood for. I hated them for their catchy slogans and the catch phrases they used. I certainly never thought that I would ever find comfort here or choose to adhere to the abstinence of my former life.

The idea of change seemed impossible to me. Perhaps this is why I hated everyone in this room as well. I hated them because what was possible and happy for them was angry and impossible for me.
I thought to myself, “This is just who I am.”
I figured, “This is just me,” and when it came to the saying, “What goes around comes around,” I subscribed to the idea that my place in this cycle was here in the underbelly. I was acting on behalf of the undertow, running like a hamster on the wheel, spinning whatever needed to be spun so that I could serve myself, and whatever happened to anyone else as a result of this was life’s way of coming back around.
This is the definition of Karma and me, while running on the wheel, if I were spinning to obtain whatever it is I needed, and creating heartache or damage; what goes around comes around, and whatever happened to anyone else, somehow—they deserved it.

After sitting through an entire meeting, listening to others speak about this entirely new way of life; after listening to this foreign idea of life without the toxically comforting and chemical reaction that accompanies us with alcohol and other mind-altering substance; I swore this life not only impossible. It was also not for me.

“I’ll stay because they’re making me stay,” I thought to myself.
“I’ll go to their classes too, but I won’t learn anything.” I promised myself that.

After the meeting, I was dumbfounded. I had never heard anyone openly speak about themselves, their weaknesses, or honestly divulge their true hard facts of life in a large group of others. This was a sort of bravery that I was too frightened to attempt.
Once the meeting ended, I heard the words to a prayer.
Everyone interlocked and held hands with each other in a circle of unity.

“What the hell kind of place is this,” I wondered.

Afterwards, an old-timer approached me. By old-timer, I am not referring to age; instead, I am referring to the length of time this man was around the rooms such as this one. He was experienced in this life and for more years than I could conceive as possible, this man was clean, sober, and able to stay this way on a daily basis. Beside him was another young man. He too was sober. The second man had a familiar accent to me. He spoke in a way that I could understand and told me six very simple words. He said, “It works if you work it!”

It is hard thing to discard old beliefs or abandon whatever it was I used as a crutch to cope or coexist with a life that I had no control over. I was given steps to follow as a means to counteract a life that I was powerless over. These steps were matched with suggestions as they applied to all of us in that room as a fellowship of men and women. Along with the steps and suggestions, there were promises which guaranteed that so long as I followed these simple steps, and so long as I continued to stay sober on a daily basis, one day at a time, all of these promises would come true. In accordance with this program and following step 12 of 12, having had a spiritual awakening as a result of these things, I am to carry this message and practice these principles in all my affairs.

Broken down to the simplest equation, I needed to learn how to stay out of my own way. Don’t over think and don’t complicate.  “Keep it simple,” they told me.
Do not be discouraged. Do not give in. “Don’t think, don’t drink, and go to meetings,” and whenever in crisis, reach out to those who like me, are living their life along these same set of principles and guidelines.

For as long as I can remember, I have always been the one looking for an easier softer way. I sought to pick and choose which suggestions I would follow. I was not interested in a complete and total change. Then again, this is the hook. Once you come down to a room like this one, you have been served with an understanding between right and wrong. And once you know, it’s impossible to pretend that you don’t know.

A special friend of mine once told me, “Son, you can’t save your face and your ass at the same time.”
He explained, “Eventually, you’ll have to choose which one is more important to you.”
Then he instructed, “So what you need to do now is ask yourself one very simple question. Do you want to save face and try to get over one more time, or do you want to save your ass and never feel this way again?”

The question was in fact simple. On the other hand, the answer was quite the opposite. Pick one or the other, which ever I chose would not have made the routine easy. It would just set me on the path to do either one—either I save face or I save my ass.

Life is very much this way. Whichever way we choose to live; it all comes down to a decision. Whether the change is with drinking or anything else that can be detrimentally unmanageable—there is a way to overcome. People do recover. People do get well and yes, people do stay sober on a daily basis. However, if you or anyone else asked me if I believed in the idea of long-term sobriety, I would have said you’re crazy. If you asked my opinions about 12 step meetings, I would have told you there has to be a scam somewhere. I would have told you anything that discredited these meetings; this way, I could go on as I was and remain sick because nothing could help me. And certainly no God, so gracious and giving, no higher power, no entity nor Holy Spirit could restore me back to sanity. And that’s the thing about insanity. One of the first lessons I learned is most times, crazy people (and by crazy, I mean truthfully crazy) are unaware of their own insanity.

I had this idea. Previously, I believed that life was no different from a chess board. Each person is a piece on this board. Some people are pawns; some are knights, rooks, bishops, queens and even kings. All pieces have their own moves and strategy; all of them have their own agenda, and all of them can turn and threaten me at any point and at any given time, which would end in the result of checkmate. This is why I always had to move. I always had to watch the pieces around me. I always had to counteract and should I need to sacrifice a pawn—then so be it. If I needed to sacrifice a rook or a night—then so be it. In my paranoid delusion, I always had to defend myself from the words like, “Check,” which could inevitably lead to the word “Checkmate.” And should this happen—should I fall to the game, then I would have rather have fallen in my way than dare the odds and play it straight.
I explained this to that special friend that told me how it’s not possible to save your ass and face at the same time. He smiled at me, reassuringly, and said in a slightly farm-boy, and redneck way, “That’s just called alcoholism, son!”

The other day, I was asked if I remember the first gift in my sobriety.
“I remember one of them,” I said.
As I spoke about this, my eyes looked away, sort of detaching myself from the present and returning to the moment when I had moved back home and my mother sent me down to the kitchen to fetch something in her purse.

“That was your first gift in sobriety?,” I was asked.
“Being sent for your mother’s purse?”
I was asked, “How is that a gift?”

Slightly smiling, I remembered the feeling I had when retrieving the purse then returning it to my mother as I explained, “This meant my Mom trusted me again. And that was a gift I never thought would happen . . .”

One day at a time folks.
And those six simple words are true.
It works if you work it 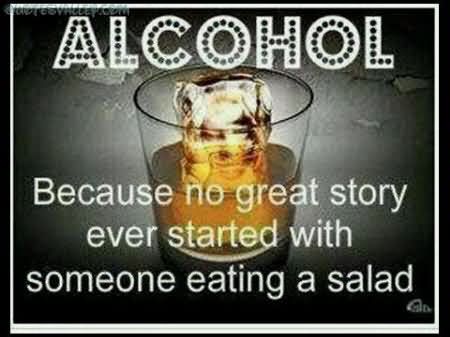