This is written for a friend of mine that mentioned The Farm idea last night. And for those of you who may or may not know what The Farm idea is, well, here’s my plan . . .

I want to build a farm. I want to build a place somewhere away from everything at the edge of a small town where people smile and say “Hello.” I want a piece of land that is uninterrupted by signs, billboards, and roads that are filled with traffic. It would have to be a place away from all the static and interference of social media nonsense. If I could place this somewhere, it would have to be somewhere peaceful, like say, somewhere in the center of a few mountains with an elevation that’s high enough that we could see the world, but yet, at the same time we would be surrounded by a few mountains themselves. I’m sure the air here would be crisp and clean and the sky would be the kind where you’d see red-tailed hawks and brown eagles gliding around with their wings spread out.

As for the land, we would need some sweeping hills. We would need a pasture that stretched behind the big red barn. And the main house would be the kind with a wrap-around porch. There would be classrooms on the ground floor. This is where the kids could learn. Upstairs would be the kitchen and the dining room, which would need to be big enough to accommodate everyone. And there would be a television room, which would need to be big enough to do movie nights at least once a week. We would need a porch for the upstairs. We would need someplace here to look out at the mountains around us so on days when the snow fell, we could look around and say to ourselves, “Oh my God, I can’t believe the world is this beautiful.”

I would like a pond as well. Of course, I am modeling this after The Farm I lived on several decades ago. And yes, there will be similarities. But there will be some major differences as well.
I would need this place to have a name, which I’ve already chosen. I plan to call this place The Second Family. 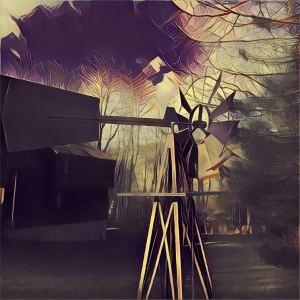 status to do not take place of someone’s true value. Kids can be kids, and you or me —well, we could be exactly as we are and who we are.

I’d like to build a place where our kids can go and learn about life. I want them to learn both the fair and unfair aspects. And the land teaches this stuff in a very basic way. You plant seeds, the garden grows if you nurture it, you work for it, and then you feed yourself.

In the early mornings (I swear, sometimes it was way too early) I would wake up and head down to the barn. The sun had yet to show itself but the barn was ready. Pigs were in the pen, cows were being milked, and we were there, —we were a bunch of troubled kids who were removed from our environment. And not all fit in well, and not everyone was a perfect fit for this place, but I can say this: I watched the sun come up in a small town on a farm one morning during one of my deepest depressions and nearly wishing the world would end, I woke up one morning on the way to the barn and thought to myself, “Thank God I’m alive!” because the view was just that redeeming.

I want to build this farm for me as well. I don’t like what I see. I don’t like the “Me first” mentality at the workplace. I don’t like way people treat each other or the way slander takes up much of the day. No, the place I build would be someplace far away from the gossip mills and the rumor factories.

There would be rules here, of course. There would be a no slander and no bullying policy. There would have to be a tolerance plan; this way kids could be who they are instead of feel “Closeted” or pressured. There cannot nor would it be allowed to force religion; however, spirituality, mindfulness, and balance would be encouraged. Everyone would be free to be themselves here. And everyone who needed help would be free to get it here.
I want to build a place where abused kids can wake up without fear. I want to find 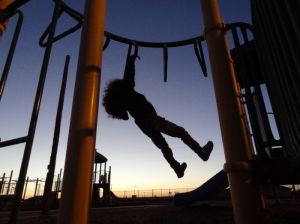 In truth, I have built this place over and over again in my mind. I can see it in my mind’s eye. I can see the way this place would look in the spring and in the summer. I can see the fall months, which would be beautiful because of the leaves changing color on the mountains, and the winter, well, yes, it would be cold, but the warmth from the house would be enough to thaw the frost off cold hands and hearts. 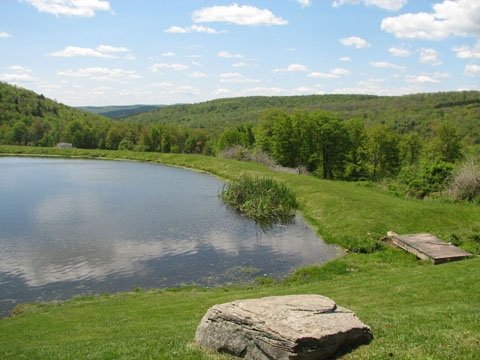 And who knows? Maybe I’m crazy. Maybe this vision would seem cult-like to someone else. Maybe it is. Or, maybe I just want to build a community where people actually care for one another. There would be no secrets here and all would be welcomed. Everyone is welcome, so long as they understand the rules and follow them. There is no shaming here. Politics must be left at the door and I promise they will be there for you when you leave . . . but here at The Farm, the only politics are how we can be better and self-sufficient. The main focus here would be how to we be us without allowing the world to change that.

I can say this much though, —there would be no shootings in my school. I could tell you that those who graduated from The Second Family would graduate proudly and those who lived on the farm would understand what it means to work. They would understand that life is not a freely given thing and dreams take nourishment before they can mature into reality. I can say there would be no abuse here, no drugs here, no sexting, vaping, or promiscuity. There would be no reason for things like this because first and foremost, all who lived on the farm would be educated and informed about their own value.

I would also build a small little place for me. This place is just for me, but others are welcome. It would be a small gazebo or something like that, and when the morning comes and friends like my man Steve comes by to see the sunrise and stay for a few days; we could have coffee here and talk about the things we don’t have to see anymore; like tragedies and informing parents of the tragedies and watching kids kill themselves because of a terrible madness.

I would have a special guest house for you as well. And your Mom, well, Kevin, your Mom would be welcome here. And so would you.
I would have my friend Brian teach a class here. He knows about The Farm too. In fact, there would be a lot of people I wish would come…

At night, man, the stars would be so bright and the full moon would shine down on this farm of ours. And God, this place would be something
A few paragraphs back I mentioned that those who graduate from The Second Family would understand that dreams need to be nourished in order to mature to reality. Well, this is me nurturing my dream.

Like I said, I don’t like what I see. I want to build a place away from it all because as I type this message to you, I’m listening to the news in the background. They’re talking about a tragic shooting at another school down in Florida. And all I’m doing is thinking, God, I wish someone would send me down to Florida so I could help!

In fairness, I suppose this isn’t written for anyone. More so, I guess this is written for me because my good friend Kevin reminded of what I need to be doing