People say you never forget your first love. Maybe this is true.
I’m not sure if anyone ever forgets their first of anything when it comes to anything important. I can say that I remember my first kiss at sleep-away camp.
I can say I remember the first girl that I called “My girlfriend,” which lasted for about three to maybe four days. I remember the first girl I ever had the chance to play Seven Minutes in Heaven with at a party, to which those Seven minutes were less than heavenly and more of a bad kiss with a hand that was allowed to touch, but only above the sweater and not beneath the shirt and above the bra.

Of course, I remember my first experience —although in fairness to my first time, I was far from clear-minded and at the downward decline to a long psychedelic trip. What I recall most is that I was an unexpected guest in the home. And what I mean is the mother did not know anyone else was in the house. She walked out from the bathroom, fresh from the shower. I saw her naked and in mid-wrap of a towel around her body with a another towel wrapped and swaddled like an over-sized turban on her head. This was the first time I saw a grown woman naked. This is also when I learned that gravity and age is not always a kind thing.
In fairness, I had no idea what was about to happen. I had no idea why I was invited over  —and actually, the reason I was invited over made no sense to me. I was asked by a girl in math class to come over after school to help with her homework.
“But I’m failing math,” I told her.
“That’s okay,” she said.
Meanwhile, this was my second year in the same 8th grade math class. I explained this. I explained that I rarely go to class, and when I do, obviously, the experimentation with mind altering substances made it difficult for me to be productive student in the classroom.

“That’s okay,” she told me.
“Just come over after school,” she said but I couldn’t figure out why.
I think in my sense of awkwardness, I always assumed that people saw me the way I saw myself, as an awkward, scrawny kid, longhaired, and small. Turns out, the girl in my math class had a thing for awkward scrawny kids that were longhaired and small.

I was asked by a young man in the midst of his first true breakup, “Has anyone ever died of a broken heart?”

I remember my first real attempt at a serious girlfriend. I followed the rules or relationships —at least; I followed the rules, which I thought everyone was supposed to follow. Or more accurately, I followed the rules I thought the girl I was dating was supposed to follow. Turns out, I was the only one following these rules. Turns out she was in and out (no pun intended) with her ex-boyfriend a few times.
Turns out that one night while in the middle of an intimate moment, she called out a name in mid-session, which would have been fine; however, the name she called out was not mine. It was her ex-boyfriend’s . . .
I recall the feelings of foolishness. I remember the humiliation. I remember the brokenhearted, broken spirit, and broken feeling that hit me like a brick crashing through a plate glass window.
I deflated like a balloon that lost its air because it was never tied. I went from full to empty in a literal instant. If asked back then, I would have called this girl my first love but looking back, there was no love there. I had no idea what love was at the time. I was just learning and she was my first lesson.

But let’s get back to the question:
Has anyone ever died from a broken heart?

In truth, yes, I believe there have been people that died from a broken heart. Maybe not instantly, but yes, I have seen proof of this.

I remember back on the farm during the first few months of my stay, —there were two geese that were always near the barn, always unfriendly, always looking to attack, and always running when Kali the Barn Dog was around. These two geese were partners for sure. They were always together and always mean. But again, when Kali the Barn Dog came by, Kali would chase the two geese away. But kali never bit them; at least, not really.

I used to hate walking into barn crew in the morning and having to pass the two geese because they would attack. We also had a peacock on the farm to which the geese never seemed to bother with. The peacock was not friendly or unfriendly, but simply put, the peacock never engaged with anyone. He was more of a standalone bird with big beautiful tail feathers.

During a morning of bravery, one of the two white geese decided to engage with kali the Barn Dog, to which Kali obliged the fight. The goose turned to run, but kali bit the goose’s tail. as a result, the tail became infected and the goose died.
No one seemed too distraught because the geese were mean. However, now the two became one. The other goose was alone now. The other goose was not brave anymore. The goose never attacked anyone after this. It was a lonely goose now and sullenly mournful.

The goose tried to get closer to the peacock, but the peacock wanted no part of it. I suppose the toughest lesson of lonesomeness was that while in partnership with a mate, the two geese were mean, but now alone, the widowed goose just wished for company.

I wonder if the goose felt regret for being mean. I wonder if that goose understood why nobody wanted to be around it. And then one day, someone found the goose dead.
No one else said anything and no one seemed to care.
Except for me, that is.
I noticed.

I never forgot this.

I fully believe there is no emotion braver than the emotions it takes to love. There is nothing more rewarding or more frightening than love. Love is an investment. And it hurts when we learn that perhaps we’ve invested poorly.

I knew a man that lost his wife. I remember the way people spoke with him and I remember the expression on his face, in which, no matter how the man smiled, even his happiest face was laced with a somber and sorrowful sense of loss.
I was there when a woman asked him to dance at a party. The man respectfully declined. He was asked again by another woman. The man declined again.
When asked why, the man replied, “I used to dance with my wife.”

The shame of this was I don’t think that man has ever been alive since his wife died.

I think my Mom went through a similar death after The Old man passed. So in answer to the question, has anyone ever died from a broken heart; I would have to say that my answer is unfortunately yes.

But there is redemption. I am fortunate to know of people who have suffered losses like this and been able to come back from the brink. I have seen love re-emerge, reform, and reconstruct the damaged pieces of a previously broken heart. My cousin Rosalie can attest to this.

Also, I have friends (God Bless the Frie Family) that have been together since Junior High School. And I see them sometimes, posting their family pictures on social media. I see them as a source of inspiration because they make me want to be a better person. They make me want to love better too.

Does anyone ever forget their first love?
I’m not sure if anyone forgets their first of anything when it comes to something this important. And make no mistake, love is important.
Love is a need just like breathing and eating. We need love to fill our lungs. But I agree; it 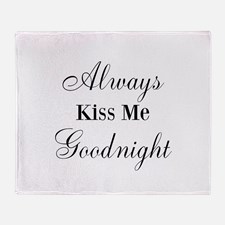 hurts to be deflated. It hurts to be so caught up in someone else that you lose sight of what you are and then suddenly (and figuratively speaking) Kali the Barn God (A.K.A. Fate) comes along and bites you in the ass.

So what do we do?
She would we live afraid and keep away from sharp objects so we won’t be snagged and deflated? do we live on the lookout for Kali the Barn Dog?

I’m not sure what the answer is but I do know that life without love is lifeless and loveless.
Sometimes, it comes to a point where the risk is just worth the reward.
And you know this because out of nowhere you’ll hear a special person’s voice and you swear it; that person was meant to be here just for you, to have and to hold, to from this day forward, for better, for worse, for richer, for poorer, in sickness and in health, to love and to cherish, till death do us part.