I was never one to enjoy being along. Perhaps, this was because I couldn’t stand my own company but nevertheless, I found myself alone, high as could be, often times wondering what my life would have been like if I just turned right instead of left.
I was in my bedroom and I could feel something terrible coming for me. I knew there was something on the way but like a child with his under-the-bed monster, I had no idea what dangers awaited me.
I weighed next to nothing. I had a case pending against me and I knew that in a short amount of time; I was going to be taken away. I wasn’t sure what this would mean. I didn’t know where I was about to go. I just knew my life was flushing away and there was no hope.

August had just finished. More specifically, the 27th of August had gone by, which was the day of my arrest, and everything I had done, all the lies and all the truths regarding who I was were introduced to me, face to face.
I constantly thought about the idea to simply fade away. Heroin helps this. I considered the idea to simply create the ultimate nod, in which case, I could pass away calmly and peacefully, but more, I wouldn’t even know I was gone. It would all just slip away; my thoughts and my fears, my pains and my realities would simply disintegrate like the poison in my bloodstream.
And sure, there would be those who found me that would have to handle their last sight of me, but in my mind, at least I wouldn’t be a mess. At least I wouldn’t be bloodied with a slit wrist, a cut-opened neck,  or dangling from a noose someplace. No, if I were to slip away gently, I assumed the cleanup would have been easier on whoever found me. Besides, in my own mind, I didn’t see me as a benefit to anyone. I saw me as a burden. I was a problem, in which case, yes the loss of me would have been sad for some, but at least they could heal and live a better life without me.

I was in my room being forced to handle the consequences of my actions. I was tearing down the walls of my life, so to speak, and cleaning all of my belongings. I was removing my posters and clearing out my things, packing up my stereo equipment, throwing out, literally, almost everything in my bedroom. All I had to accompany me were my thoughts of regret and few tiny envelopes with the word “KING” imprinted upon them, which I had smuggled to me from someone that worked at The Old Man’s shop.

I cleaned out my room, which was like throwing away the years of my young life. I had given away several of my things to my neighbor’s grandchildren who were only a year or two behind me. I could not believe this was me but painfully and truthfully, this was all me.

It’s amazing what we find when cleaning things. I found remnants of my previous nights. I found things I hid in my bizarre and frantic moments of paranoia. I found different tools I would use to cook batches of freebase. I found old spoons, which I had bent into the shape of a ladle so that I could hold it over a flame and watch the contents of my addiction cook up and become smokable.
I found empty packages. I found incoherent notes that I must have scribbled down, like tiny suicide letters, which I had begun long before my entry into this phase of my drug abuse.
I found a plan I wrote to blow up the bowling alley near my home on Front Street. This was more like a small, poorly planned outline of exploding gas stations throughout my town, to die, and to take as many people as I could with me. I wanted to do this so that I could go out in a blaze of glory and leave in my wake, a sense of fear to cause people to feel regret for the way they treated me.

I was so young too. I was so painfully confused and so painfully hopeless. I knew I was about to be taken away from myself. I knew I was about to be removed in a way but I had no idea what this would mean.  If it was agreed that I would have to go to jail, then yes, I think I would have hung up before my sentence was given to me. If it were so that I would only be remanded to treatment as an accepted plea bargain, which appeared to be the direction my case was heading towards, what would this mean?

I couldn’t figure my life on a straight basis. I knew there was something wrong with me. I heard about rehabs but I didn’t know what happened there. In my best assumption, I envisioned me walking in the hallways of some hospital-like setting, maybe with an I.V. in my arm, a hospital gown, halfway covering my ass, or walking around in pajamas and a robe with glazed eyes, medicate to keep me docile and meek, and all banged up on Thorazine to keep me from being a harm to myself or anyone else.
In my best assumption, I thought I would be in a hospital for a long period of time (18 months, to be exact) as per my attorney’s agreement, and if anything, I figured I would probably undergo some kind of lobotomy-type therapy..

As best as I can describe, I always believed I was less than. I felt on going stream rejection and fear. I was always uncomfortable in my skin. I was afraid of literally everyone; afraid to be hurt, to be exposed, afraid to be seen for who I was, to be humiliated, and afraid to learn this whole world is nothing but a joke and I, of course, I am the last one to understand the punchline.
I was godless for sure without the option to be redeemed. My thoughts and feelings deceived me. My mouth betrayed me. And if left untreated, the deception of my perception would have undoubtedly killed me.

While cleaning my room, I was faced with several truths about me. The first painful truth is my life was about to change. I was leaving soon to an unknown destination to do unknown things. I wasn’t sure if I was going to a rubber room in flight deck, which was the slang term for the psych ward.
I was told I was going someplace upstate. But I had very little experience with anyplace north of the Hudson River and across the bridges that led to small towns with names like Kerhonkson, New York.

The second painful truth is I had begun to see what I had become. I never thought I would be this way. At first, the idea to get high was supposed to be fun. This was supposed to be cool.
I never intended to end up in places, like say, East New York, Brooklyn, or in Rockaway at B 15th Street. I never thought I would know people on a first name basis that stood on line outside the methadone clinic on Archer Avenue in Jamaica, Queens.
I certainly never thought this would be me, afraid to be sick, and afraid to be clean, afraid to face the world without the protection of my detachable self without being inebriated or high, and afraid the beatings that might come my way of jail was eventual destination.

I was angry and hateful. This was more towards me than towards anyone else. It was me that was lacking. It was me that was diseased (so to speak) and it was me that had to suffer the fact that I could not stand living in my own skin.
At least with cocaine I could feel the quick release that brought me up so high, so quickly.  At least with heroin, I could be numb or weightless. I used consider my nods to be this warm seclusion with no feelings, no concerns, no thoughts about literally anything.
I would retreat here to my warm little cocoon and drift away. I could find myself in an outer-body experience; and I know I might have looked like death warmed over. I know I looked sickly. I know was unsightly for sure, eyelids like heavy curtains closing shut, my eyebrows slightly lifted as if to hint that I was trying to open my eyes but lacked the motor strength to do so, and my jaw hung open, my arms slumped, and my fell into a lifeless position.
I know this must have looked awful from the outside, but on the inside, I was far away from anyone or anything that could hurt me. The only problem was (and this was the biggest problem of all) is the effects were only temporary. Eventually, gravity took hold and my sense of weightlessness became heavy. Nothing was fun anymore. Nothing was cool. Nothing worked right. And nothing made sense.

In my best assumption, I swore this was going to be the worst experience ever. I certainly never assumed this would be me, now, clean, and without a drug in my body since April 1st, 1991.

Yes, I was doubtful in the beginning.
Of course, I was. 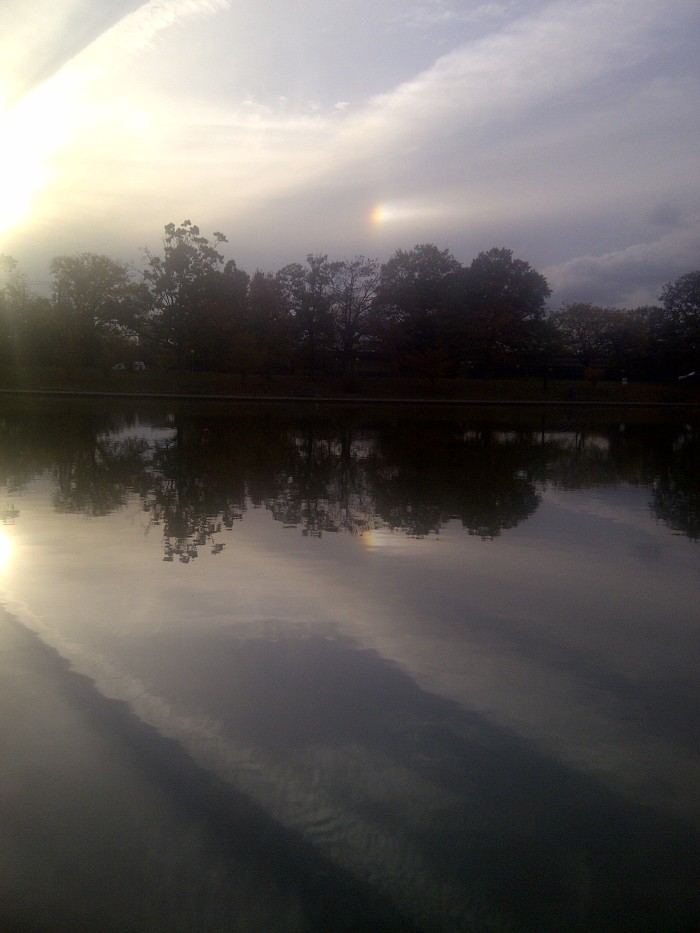 One thought on “About The Doubtful Beginning”