She answered the phone with the soft raspy voice of a woman sleeping alone.  The light in her bedroom was off and all was dark, but the beam from the red numbers on her alarm clock gave a tinted glow across her night stand where the telephone rang.

She answered, “Hello,” with an unsure voice.
“Did I wake you,” he asked.
She cleared her throat. “What time is it?”

He informed, “It’s a little after 1:30.”
“Why are you calling so late?”
He answered, “Because.”
She responded, “Because why,” with a half-amused but half-sleeping voice.
“Because I wanted to hear your voice,” he told her.

The girl propped her head on the pillow as she rolled to her back. She looked up at the dark ceiling. The curtains over the bedroom window were slightly cracked open down the center of the two drapes. Through the opening, she could see that a light cold rain was falling as raindrops crashed on her window in a diagonal direction. Outside, the wind was blowing. It was wintertime. Her small town world was sleeping and her tucked away side-street was quietly still.

She was happy to hear about his reason for the phone call.

“Well,” she giggled. “At least you called for a good reason.”
“What are you doing,” he asked.

His voice was toned with a deep bass. From the depth of his soothing voice, she could feel a sensational vibration deep within her body. She could feel the vibration as if his voice had a direct connection to the center of her legs.

Responding to his question, she answered with a sleepy, but still flirtatious reply.
“It’s 1:30 in the morning, what did you think I’d be doing?”

She answered with a hint of sarcasm, however, she was not angry that he called. To her, the sacrifice of a few hours sleep was less important than the chance to hear his voice.

To him, she sounded sweet. She had a slightly high-pitched velvety sound to her voice. She spoke to him as if she always wore a smile when she heard his voice.
She spoke as if she were almost fragile, or innocent. And it was her innocence that turned him on most. She was more than a simple conquest. She was precious like a flower, but yet, his mind was set on pushing this girl beyond her limits.

“Are you under the covers? Partly covered? Are you wearing anything?  A shirt, or anything beneath it?”

He liked the way she sounded in moments like this one. He knew this was dangerous for her. He knew that she saw phone play as an easy form of taboo. It was risqué and wild.

She described the scene so that he could picture her.
“I’m lying on my back. I have one leg under the blanket and the other leg is on top of the blanket.”

Then she asked, “What are you doing?”
“I’m sitting here thinking about you.”

He wanted her to submit. He wanted her to whither like a leaf in the early September winds and sway to the ground. This way he could view her in total splendor. He could see her truest colors. He could feel her melt in his arms—and like an animal stalking prey—he could feed from her as if she were to be his last and final meal.

“I want you to do something for me.”
She whispered, “What do you want me to do?”

“I want you to slowly bring your hand down between your legs. But don’t touch anything yet.”
He instructed, “I want you to take the back of your fingertips and tickle yourself.”
“Do it softly,” he instructed.

Then he enforced his instructions with the commanding words of, “Do it now.”
She never felt so given to anyone. She never felt so wonderfully helpless and aggressively taken at the same time.

As directed, the young girl dragged the back of her fingernails down the side of her body. She began at her right side and then moved the back of her right-handed fingertips across her stomach and down to the top of her left leg.

She let out a shaken exhale—the kind that informed him that she was not only doing as she was told, but in addition, his spell was quickly working.

“Do you want to touch yourself for me?”
“Yes,” she answered.
“Good.”
“I want you to run your fingers between your legs.”
“Let them glide between your lips,’ he told her.

As she placed her finger on the spot between her legs, the young woman gave out a slight moan. Her legs spread open as he instructed her to continue. He coached her to speak about her wants and needs.

Her moans grew louder.
As she described her needs, the girl moved her hand quicker. And as her desires became more intense, her fingers jammed harder and deep inside at a more furious pace.

“Do you want me,” he asked.
“I want you,” she screamed.
He asked again.
This time he spoke as if his teeth were grinding in anger.

As she curled her head backwards, her back arched and her eyes rolled before closing. After each muscle in her body tensed and then gave, her moan quivered in the sound of a girl most satisfied. 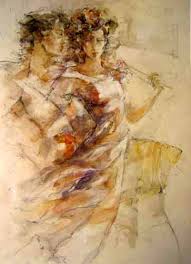