In the earlier days on Merrick Avenue, the neighbor would have her grandchildren come and stay with her for a few days throughout the summer. Both were military sons with a father in the army. Both were younger than me. The oldest grandchild was younger than my by two years and the youngest was younger than me by three years.
They were good kids. Different from most of the boys I knew; the two brothers were fun and lighthearted. Neither of them was sarcastic or mean. Neither of them poked fun like my other preteen friends.They never spoke disrespectfully to anyone or used foul language. They preformed well is school and followed the basic rules of mutual kindness.

At the cusp of more innocent times when elementary school was about to transition into junior high, and back in the beginning stages when the social map divided our youth into status, and deliberated us into different categories of popularity and cool, I was stuck in the confusion—trying to find myself while learning how to “Be cool,” and get along enough to fit with the crowd.

There was a shirt, which I remember very clearly. This shirt is not an exact fit in this time line; however, the shirt matches the feelings I had while trying to find myself in my younger years.
The t-shirt was a silhouette of a man wearing a pair of sunglasses with a cigarette hanging from his mouth. The character posed in a cool, nonchalant lean against a post. Next to the man was the words, “It’s not who you are. It’s what you wear . . .
Besides, no one really cares who you are anyway.”
In my opinion, this shirt best explains the pressures of growing up and fitting in.

The boys next door were good wholesome kids. They played with action figures. They played games and seldom cared if they look, acted, or sounded cool. All they wanted to do is have fun. They were open to exploring the woods in the large vacant lot across near our homes. They were open to pretending and comfortable with their ability to wonder. Whereas, the boys I new were trying to find new and clever ways to insult each other with  jokes about someone’s mother, the boys next door were pretending to be explorers with walking sticks as they head out on a new expedition.

One afternoon, they invited me over. Maybe I was 11 at the time. I agreed to come over and we began talking about the car that was in their driveway. The car was purple. It had not run for a long time and remained parked in the driveway, dormant, and lifeless. The car was bubble shaped and popularly unpopular, the old AMC Pacer was undoubtedly known as one of the ugliest cars to ever leave an auto factory. 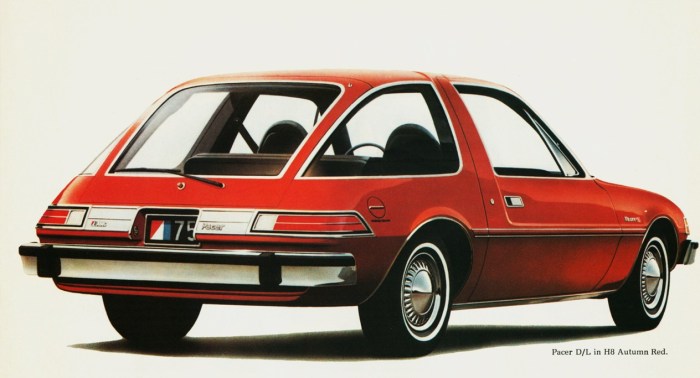 “Where are we going?” asked Richie, as if to pretend that we were going to drive away and head off to an imaginary destination.

Mickey suggested we drive someplace far. He may have mentioned another state or possibly another country.
I agreed with a laugh.

“First, we gotta get some stuff,” cheered Mickey.

When I asked what they were doing, Mickey told me, “We’re getting our things.”

Trying to inform them about the idea of being cool, I stopped them before they lost all hope of ever being cool themselves.

Mickey shook his head in disbelief. Then redirected his little brother.
“Come on, Richie. Let’s go play by ourselves. We don’t want to get too old to have fun.”

I went home. And yes, a part of me did feel too old to play their kind of games. A piece of thought the boys next door were certainly too immature. And maybe they were. But as the afternoon passed, I was home—sitting in my room alone and watching television. Meanwhile, Mickey and Richie were next door, running around in their backyard, screaming, playing, and having fun.

I wonder who in this equation was cool. Was it me as I wallowed in loneliness and wished I was brave enough to join them, or was it them, playing immature games and having the time of their lives.

Every so often I think of my first new pair of sneakers. They were not actually my first pair. They were the first pair I was allowed to pick out myself. I saw them in a Buster Brown television commercial. They sneakers were called “Zips.”

I am sure I have told you about this before—but if you’ll indulge me, I would like to tell you about them again. My Zips were blue with patches of blue suede, white shoelaces, and a white Z stitched on the outside of either shoe. From what I remember, the commercial showed someone running and jumping. I supposed I could run faster if I had a pair of Zips. I could probably jump higher too.

And so, after Mom took me to the mall and we picked up my brand new pair of sneakers, I could not wait to get them home to try them on and see how much faster I could run, or how much higher I could jump.

I put them on and ran around in my backyard. I could have sworn I ran a bit faster. I was certainly sure I was able to jump a bit higher, and, I distinctly recall telling my mother, “Hey Mom, look how fast I can run in my new sneakers!”

Somewhere along the line of life, and  somewhere in the order of social status and the deliberations of cool, I stopped daring to feel the beautiful glimpse of excitement. I lost the amazing part of youth we call wonder to the different categories of cool.

Somewhere, someone called me stupid kid. Somewhere, someone made fun of me because I thought I could run faster or jump higher.
Same as the wonder for the Tooth Fairy or Santa subsides to the adult notion that, “There is no such thing,” somewhere, somehow, I lost the notion of wonder that maybe, just maybe, something so pure as the excitement of a new pair of shoes could make me step a little better.

No matter how far I strayed from me true self; I always enjoyed that feeling of a new pair of sneakers. I loved the thought that maybe I could run a step faster or jump a bit higher. I loved that this idea was not hinged or dependent upon social status or popularity. This was just me wanting to feel like a kid again.
It’s been a while since I picked up a new pair of sneakers. It’s been a while since I felt like I could run faster or jump higher. Until today, that is.

I admit I was tired. I have been training for an 18 mile walk-a-thon for suicide awareness and prevention. In my training, I have been walking at a quick, brisk speed with a small incline to add a degree of difficulty. I set my treadmill to learn my time, distance, as well as my heart-rate. As an extra feature; I also pay attention to the calories I burn, which is good because I am carefully watching my diet.  So far so good, I say as far as training goes.

Today, I put my training to the test. I walked up this mountain—making sure to catch a good footing, keeping my balance, as well as keeping up a good speed to get the heart-rate going. I was breathing heavy. I stopped when I needed to stop. I drank lots of water. I checked my surroundings, and I looked for weak trees. This is important. On long hikes in the woods, always be on the lookout for dead tree limbs that look as though they can fall. These dead tree limbs are also known as “Widow Makers,” and with a title like that, I think it pays to be on the lookout.

Midway up, I was worried I was too tired. I was unsure if my legs could carry my body all the way up. Ah, but my boots were on tight. I was determined and turn after turn, slope after slope, I made my way to the scenic point of the hike.
I was there on top of the mountain, looking down, and realizing that I had made it. I can say that I climbed a mountain in my life. Certainly, this mountain is not the same as say, someplace like Mount Everest. But Harriman is a Mountain nonetheless. And I can say I climbed it. Above all, I can say me and my boots got me to where I needed to be.

Looking out, I could see the world from a much different vantage point. I could see the surrounding tree-covered mountains. I could see some of the taller buildings not too far from Suffern, New York. In the distance, I could see a clear view of New York City, the city that never sleeps, and its tall spires that stab the bottom of low flying clouds.

As an adult, I truly understand the compliment of being regarded by someone worthy. I understand the dignity of standing on my own regardless of outside opinion, or fear of what others might think or say.
As an adult, I realize that surviving parts of my childhood is in fact some of my bravest accomplishments in my life.. But more, I realize there is nothing better than feeling like a kid again—even at the age of 43.

Now if you’ll excuse me. I have a pair of boots I need to clean.

By the way, you should see how well I can climb in my new boots. A pair of Caterpillar, steel tip work/hiking boots. Maybe you should pick up a pair. If they make you feel half as good as I feel right now, I’m sure you’ll be glad you did.

Youth is certainly a maze that comes with a time limit. Youth is fleeting. In the blink of an eye, youth is over. It is our job to live this point of our lives to the fullest extent. Live fast; live hard, and live as loud as humanly possible. Live with all you have and love as much as you can because somewhere, somehow, adulthood comes and if we’re not careful, we run the risk of losing our sense of wonder.