To help teach acceptance, the only way I could do this (in my eyes)  is to look back into my own process. I had to think about the losses I’ve seen throughout the years. Essentially, no loss is greater or less in value. Perhaps the level of emotion is different and the same could be said about the level of attachment; however, in my need to make sense of the senseless, I thought about the truth behind their circumstances.

It was years ago. Christine was living out east on Long Island. She was walking alongside the road with a small group of people when the car struck. And I recall my anger and confusion when asking, “How could something like this happen?” I wondered how something like this could happen when living out of harm’s way and while living in the quiet, safe, and protected atmosphere of some faraway place.
In an effort to make sense and in order to solve the angry riddles in my head, I started to think about The Old Man. I thought about the way he was when The Old Man passed and how he looked. The Old Man was half the man he used to be. He looked aged. He was gray. His hands were the same size, yet somehow, they looked as if they were depleted of their strength. I never saw The Old Man like this, —he was physically humbled and powerless. There was a fading absence in his eyes and an expression on his face that spelled it all. I had never seen a look like this before. Someone called this the death look.

I heard this expression from another family member. “I could see it in his eyes,” he told me. he called this the death look, and while yes, we all clung to hope and we all prayed for The Old Man to pull through, life happens without regard for our emotion. Life happened and in this case, the death look was accurate.
I was angry. I went through my stages of grief. I went through my stages of confusion and outrage. I felt cheated. I was angry that I was too young to lose my father. I was angry because I never had a good relationship with The Old Man and I was filled with regret because I regretted the actions I took, which split us further and farther apart.

I started to think about the way The Old Man used to be. He was strong and capable. And with the problems between us aside, The Old Man was and always will be my first original hero. 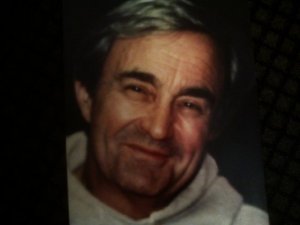 When my cousin Robbie passed, he dreamt about a bus that came for him. Robbie explained my Old Man was driving the bus and that our grandparents were with him. Robbie was sick. I recall as he lay in bed at the hospital. He looked weak. He was tired and while yes, we all clung to hope and we all prayed for the best, —Robbie was too sick and just like The Old Man; Robbie was called home because had he survived, Robbie wouldn’t have been alive enough to live. Therefore, God called Robbie home.

I chose to find my acceptance in this: That God saw them as they were and called them home because they were not well enough to stay. And had they stayed it would have only satisfied me and the rest who love them. And because I truly love them, I choose to see it this way. I choose to see my lost loved ones together, without suffering, and in a better place.

With regards to my Mother, she held on for a long time. She was not happy. She was in pain most days. Her immune system was poor and the pain pills took away much of her 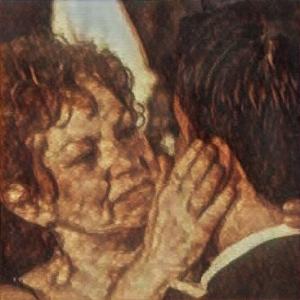 previous self. I watched her go through surgery after surgery. I listened to her at the worst of times and the angriest of times as well.
When Mom passed, I was there for her. I was there, in which case, it was me that had to sign the forms to have her taken from life support. I did this so that she could pass according to my mother’s wishes. And yes, it hurt. And yes, I prayed and I clung to hope. However, when God called Mom home, I understood that she was called home because she wouldn’t be able to stay here anymore.

Life is meant to be lived and not endured. This does not satisfy the broken heart but it did help me make sense of the senseless.

I never forgot this. But the vet was right. Life is meant to be lived and it’s meant to be lived to the best of our ability. So in my plan from this day forward, I will chase squirrels (figuratively speaking) and live my life to the best of my ability because a time will come when I am called home, and when I stand before those I love and when I stand before my creator, I don’t want to have to explain why I chose not to live my life to the fullest without them. Instead, I want to explain why I chose to live because of them.

I cannot, do not, and I will not believe that those we love who’ve passed would want us to mourn painfully and somber enough to keep us from living oor life simply because God called them home. On the contrary; I believe those I love and lost would want me to live to the best of my ability. Therefore, I will honor their memory by living as best as I possibly can. 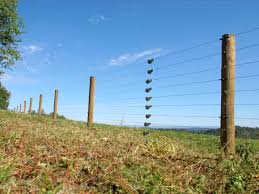 How do I explain the unexplainable?
I’m not quite sure.
But I am gonna try
I think Mom and The Old Man would be happy that I did